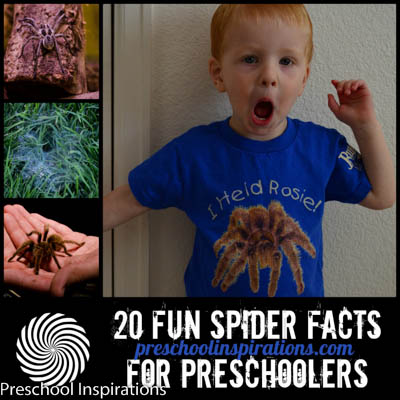 Spiders are a great topic to learn about for kids, especially since they are all around us. I’ve put together 20 fun spider facts for preschoolers and kids.

Many of the photographs of the spiders in this post were taken at The Butterfly Pavilion in Denver, CO. And yes, my little guy did hold a tarantula. I did too, and it was a super fun experience! Who knew that I could ever work past my own fear of spiders?

1) Spiders are not insects. Instead, spiders are known as arachnids because they only have two body segments instead of three. Other arachnids are scorpions, mites, and ticks.
2) Spiders spin webs to catch other bugs to eat, but not all spiders make webs! Some actively hunt their prey and pounce.
3) Most spiders are not dangerous to humans.
4) The wolf spider carries her babies on her back with her. 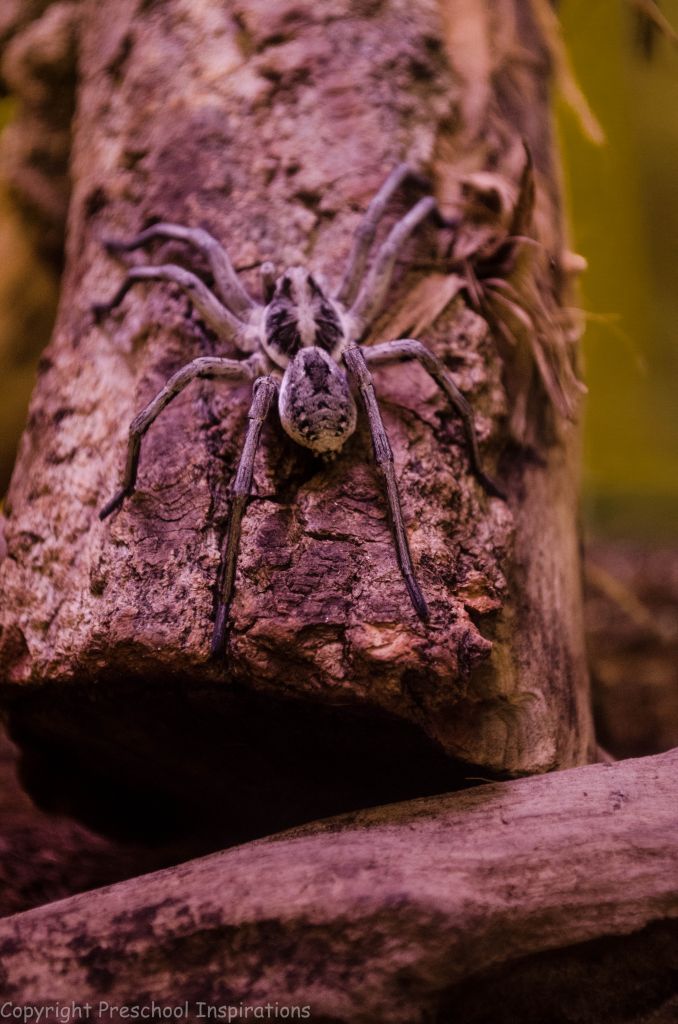 (This photo is of a wolf spider, yet there are no babies on this one).

5) Most spiders live on land, but a few, like the raft spiders, live in and on water. These spiders can “run” across the water’s surface.
6) On average, it takes a spider about 60 minutes to spin a web.
7) Spiders are just as valuable to the world as larger animals, but most people don’t realize it. Many spiders are becoming endangered and are disappearing due to loss of habitat (home).
8) The average house has 30 spiders.
9) You are always three feet away from a spider.
10) Grass spiders build a web on top of the grass. Their webs form a funnel shape, which is not sticky. 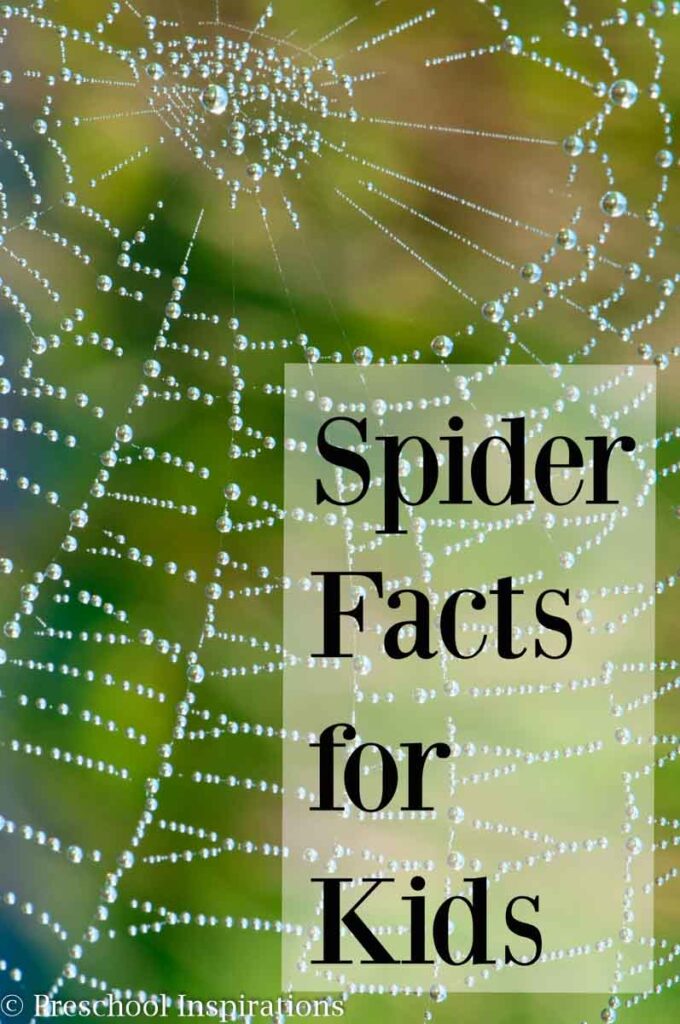 11) The silk strands in a web are 5x stronger than a piece of steel the same size.

12) Spiders have short hairs on their feet that allow them to walk upside down on ceilings and over glass.
13) Spiders are found everywhere in the world except for the cold polar regions of the Arctic and Antarctic.
14) The average life of a spider is one to two years. Although the female tarantula may live up to 20 years! 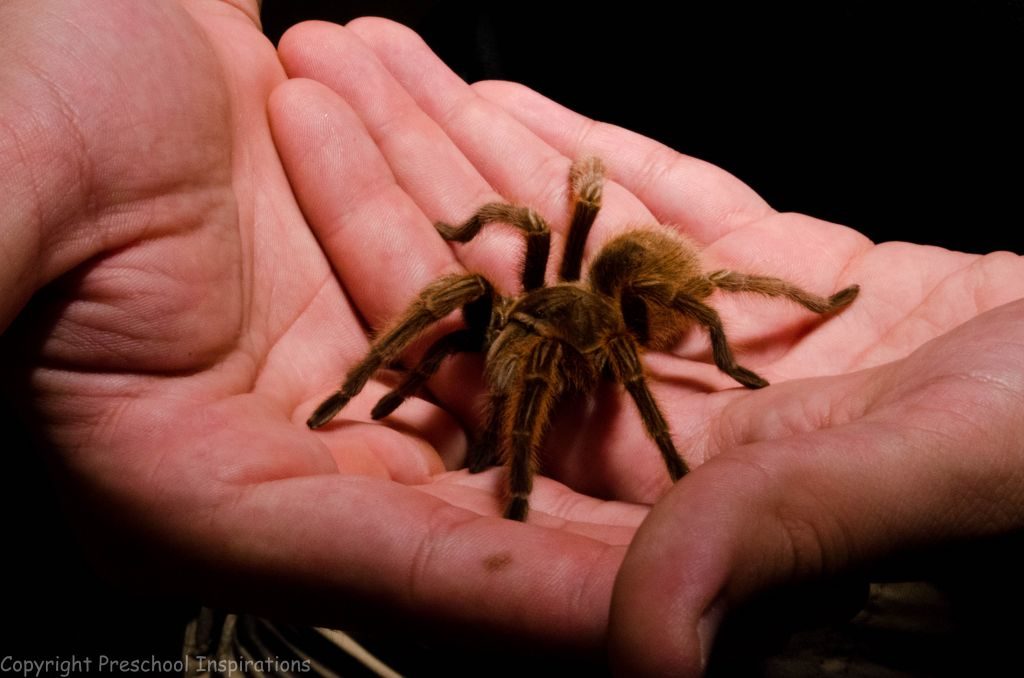 15) The silk is a liquid inside the spider’s abdomen. When the spider releases it, it becomes solid and forms a thread.
16) Some spiders eat their old web before starting a new one. Others roll the old web up and throw it away. Web spiders rebuild their web each day!
17) Spiders don’t usually eat their prey because they have small mouths. Instead, they put chemicals into and on the prey to turn the body into a liquid. Then the spider sucks it up.
18) The hair on a spider’s first pair of legs are sensitive to taste. The spider “tastes” its prey by touching it.
19) Spiders use muscles to move their legs inward toward their body. But they don’t have muscles to pull their legs out. So to move legs out, a spider has to pump body water into each leg. This is why you can sometimes see a spider curled up – he has lost too much water to push his legs out again.
20) Some spiders, such as the tarantula, are considered a low-maintenance pet. 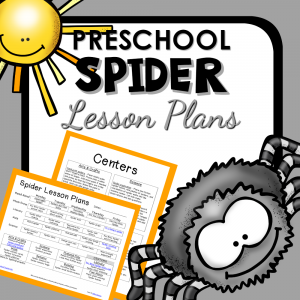