Making slime right sometimes feels like the luck of the draw. And when you get slime gone wrong instead of beautiful perfect slime, it is crushing!

If you are trying to avoid the most common mistakes while making slime — the ones that will ruin your slime — you are in the right place. I’m sending you a high five because you are about to have an epic slime win. 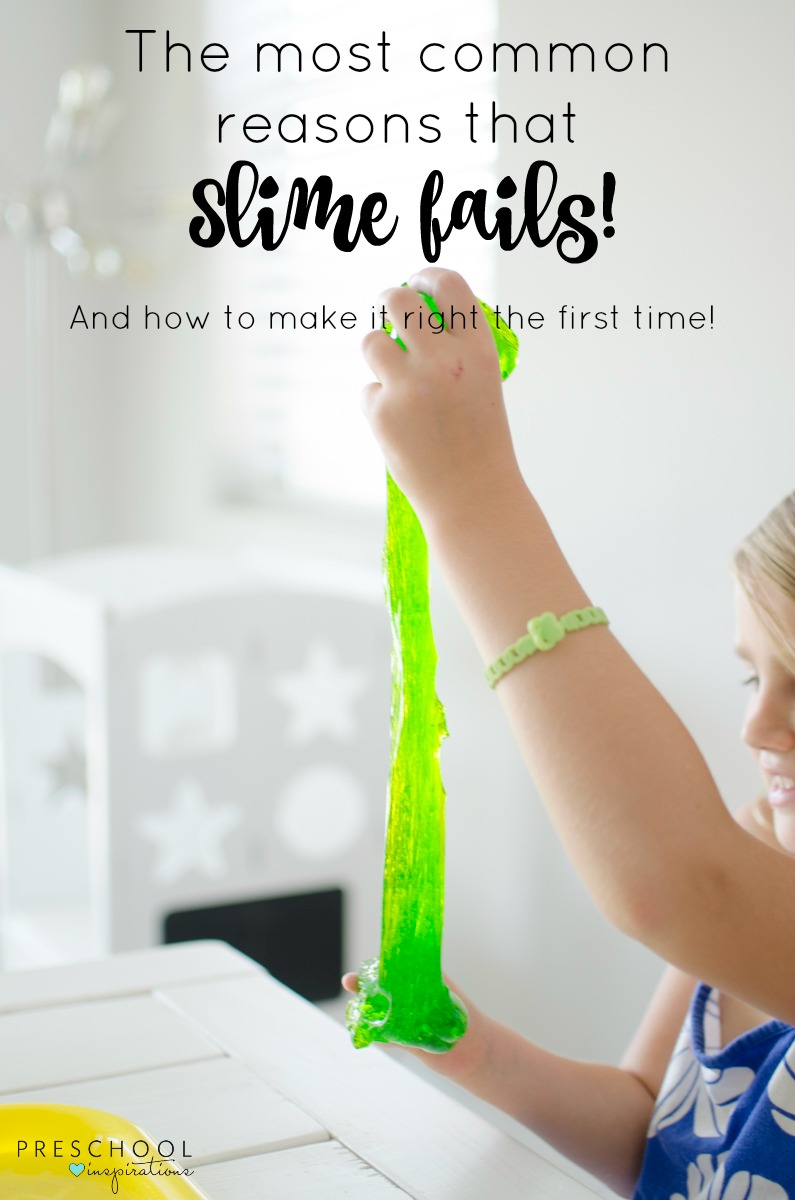 Read on because you’ll be so glad you did once you find out how to avoid the most common reasons that slime fails:

One of the most common reasons for slime gone wrong is because of the type of glue.

Don’t use dollar store glue! You won’t save money because your slime won’t work at all, and you’ll have to get the good glue. If you are trying to save money, I’ve been finding lately that glue costs the same online on Amazon as it does in stores if you live in the U.S. I wish I had remembered that last night when I got a glitter glue color that I didn’t really want, but the store only had four choices.

There are only certain types of glue that work – glues with the ingredient PVA. If you use the wrong glue, it will turn out like soup.

Use these glues for guaranteed success:

I do recommend having double of them because you may need an extra batch of slime for any number of reasons. Again, get TWO bottles of glue. Just in case. 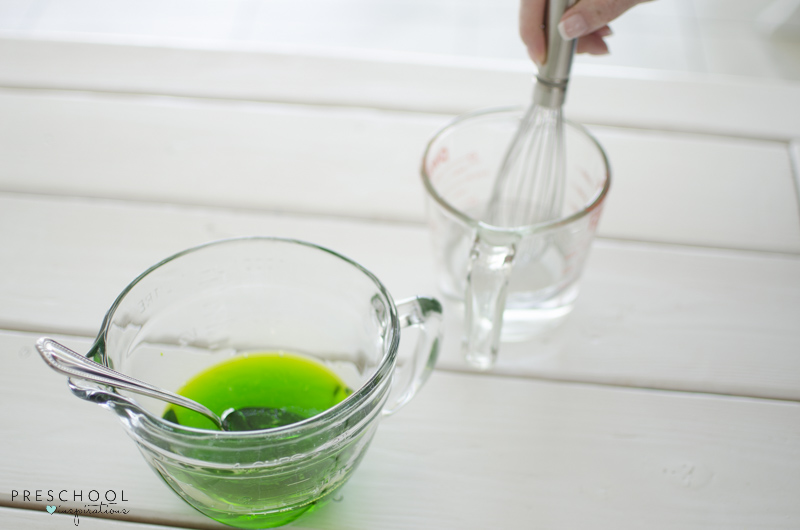 It might be tempting to put a bunch of slime ingredients together and hope that they turn out. And that works every once in awhile. But there is a clear science to slime, and proper measurements are necessary. Find a slime recipe that gives you written proportions.

How to make slime:

And this recipe is great for making slime in the UK.

Don’t get me wrong. Some people make slime so often that they don’t even use measurements anymore. They can just feel the mixture and know how much to add. This only comes with lots and lots of practice and trial and error though. I wouldn’t try it until you are really good at making slime right every time!

Sometimes I’ve skipped steps while making slime, thinking it was a shortcut. It was not! In fact, it usually messed my slime up so that I had to fix it. Once I didn’t mix water into my glue, and the slime was terrible!

Here are some quick tips to keep in mind. Be sure to: 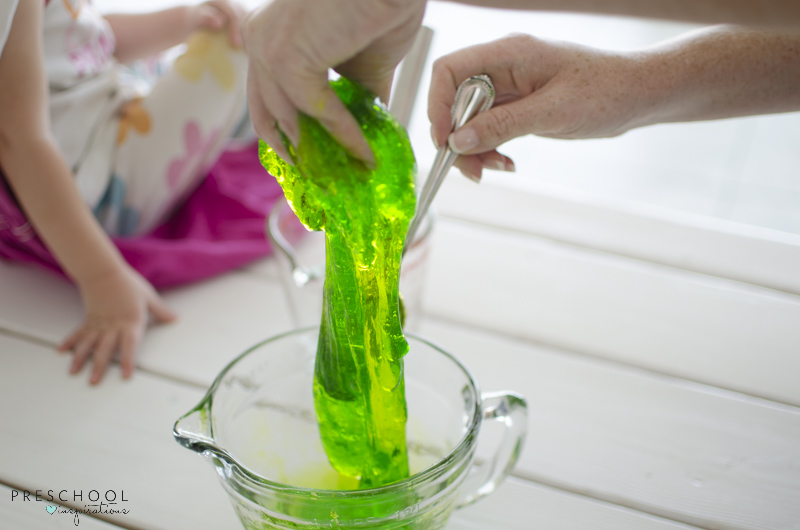 If you are using a slime recipe with saline solution, make sure to get the correct saline. It needs to be buffered saline (places such as Canada) or have boric acid in it (US and anywhere else that borax is used). Otherwise, the slime will not work at all.

I honestly prefer to make borax slime, so this only applies to recipes that call for saline solution.

But since most saline solutions already have borax in them, you could just use borax.

5. The wrong amount of Borax

If you make a borax based slime recipe, you have to use just the right amount of Borax. I recommend adding ¼ tsp of Borax and then adding it by 1/8 tsp. 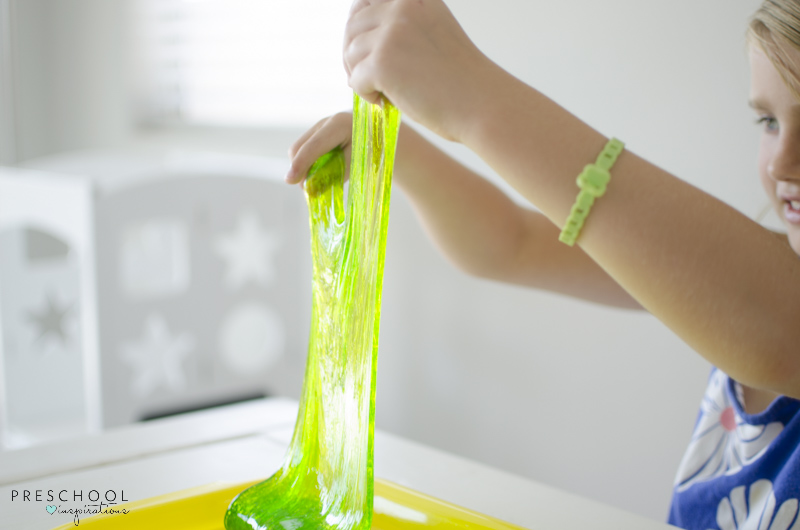 If you use too little borax, the slime will be super stretchy and a bit sticky.

If you use too much borax, it will be hard and rubbery.

You can easily fix either of these two problems by making a second slime recipe the opposite way. For example, if you slime is hard, you could make a stretchy sticky slime and combine them. I talk more about this in my post on how to make perfect slime (towards the bottom of the post).

Do you want more slime inspiration? Here is a book that has some great slime recipes. I call the author the “slime queen.” She truly knows her science and has perfected her recipes. Here’s a look at it:

Now that you’ve ready how slime goes wrong and how to make sure to avoid the most common mistakes when making slime, I think you’re on your way to slime success! Happy sensory play!