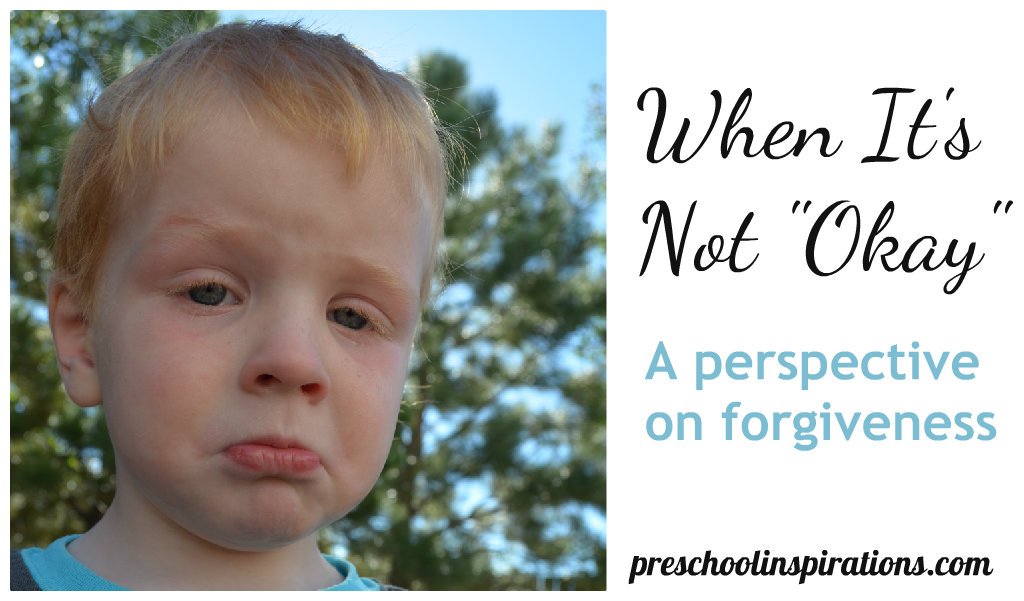 Young children often act on impulse. Anyone who spends even a small amount of time with kids can relate to this. Cory sees a toy enticing him, which happens to be in the hands of Jesse,  who is across the playground. So what’s the quickest and most effective way to get a hold of it? To pummel Jesse and snatch it of course!

There is no doubt that children are all different in their responses. Some are naturally more meek and would just wait until the item they want is available. A few might tell an adult and try to obtain it that way. Then there are those who know what they want, and they are not going to waste any time waiting on it. I see these occurrences on a regular basis as  a preschool teacher, and as frustrating as it can be when a child has wronged another child, it’s going to happen. In fact, it’s a great learning and teaching experience for everyone. Even though I wish three was a magic age that reflected self control and patience, it certainly does not. Actually, I wish that happened once people reached adulthood.

So then we get to the aftermath. One child is joyous over success of the accomplishment and the gain that has been won. Or perhaps this child has no idea that anyone was hurt in the process because he was just concerned about getting a toy after all.  Then the other, our victim, has just been robbed, both of the toy and his own joy. While some children are able to keep it together emotionally, most do not, and there are outbursts of wailing or retaliation on the way. Perhaps both.

Next, it is my turn to intervene. My first priority is usually to separate the two to help prevent the throws, kicks, or even deafening screams. Once this is accomplished though, I’m a big proponent of prompting children to talk through what happened with one another…well at least to practice trying. I have found that being the “adult narrator” is much less effective. At this point I usually prompt the child who is more emotionally stable, giving the tear stained one a chance to take a breath and calm down. I would ask an open ended question such as,  “Cory, I see that Jesse is sad and crying about this toy. Can you tell me what happened?” One of the great things about children is their honesty. Most of the time they will tell the truth! Granted, it will be from their perspective, but that’s what I’m looking for — an explanation of what they did to help explain why the other child is crying. So then I look to our sad friend and say something like, “Jesse, can you tell Cory how that made you feel when he took this shovel from you?” Does anyone else feel that shovels are the most commonly taken toy outside too? So back to Jesse’s emotions. It’s important for Jesse to be able to share his feelings because he has been wronged and part of the healing process involves acknowledging and coming to terms with this. I would much rather teach a child to handle and talk about what they are upset about on a case by case basis instead of bottling it up and erupting on an unsuspecting someone else.  It is equally as important for Cory to understand that his actions negatively impacted another child.

Once the two are on amiable terms, it’s time for the big step…the apology. Now I am not a fan of forcing an apology because then it’s not genuine, and no one appreciates a fake or forced “I’m sorry.” So this step may take time, and that is fine since what really is important is sincerity, not just a band-aid. When Cory gets to the point where he truly is sorry, we are ready for some reconciliation.  After he says he is sorry for taking the toy, we look to Jesse. Then Jesse probably says what I hear 90% of the time: “it’s okay.” How on earth did “it’s okay” start becoming the answer to an apology!?!? Let me just say this: It’s not okay! When we teach children to generalize a situation with this quick, brush it off my shoulder reply, we are asking them to belittle the situation. It’s not okay when people make rash decisions that hurt others. It’s not okay when we have been wronged, and there was nothing we did to deserve it. It’s not okay to pretend that it didn’t happen. This is one of the biggest learning points of all actually.

Instead of saying it’s “okay,” children need healing. Not just children, but people in general. This healing is centered around forgiveness. Forgiveness is different because it is a completely different perspective. It acknowledges the trespass and the hurt and puts the situation in perspective. However, forgiveness  is also letting go of our own feelings of resentment, anger, and retaliation toward how we have been wronged. What I really appreciate about forgiveness is that it is mindful. A person who forgives others is usually someone who places value on himself or herself. So this means that when someone is prone to hurting others, we can forgive them…and avoid them. If I have a child who constantly is pushing buttons or aggravating other children, my priority is to teach the child who is being pestered to stand up for themselves. This means teaching children to stay “Stop, I don’t like that,” and it also means teaching children to get out of the situation. When it comes to mean people, I have realized that some people are just that way. I’m not going to be able to change them, so instead I will just stay out of their way!

Perhaps if more children had learned and practiced what forgiveness really is, there would be less adults who stick around in abusive relationships. Perhaps more people would be brave enough to stand up for themselves when a less than ideal boss assigns us a compromising task. Perhaps our society would have a higher value on self dignity and treat others with the golden rule. Forgiveness is powerful and also empowering. I for one would love to see a generation of children who know how to experience hurt and to decide to move on and mend a relationship that is worth mending as well as to be able to walk away when it’s not okay.