What age should children be fully potty trained? This veteran preschool teacher may surprise you when you hear the answer! 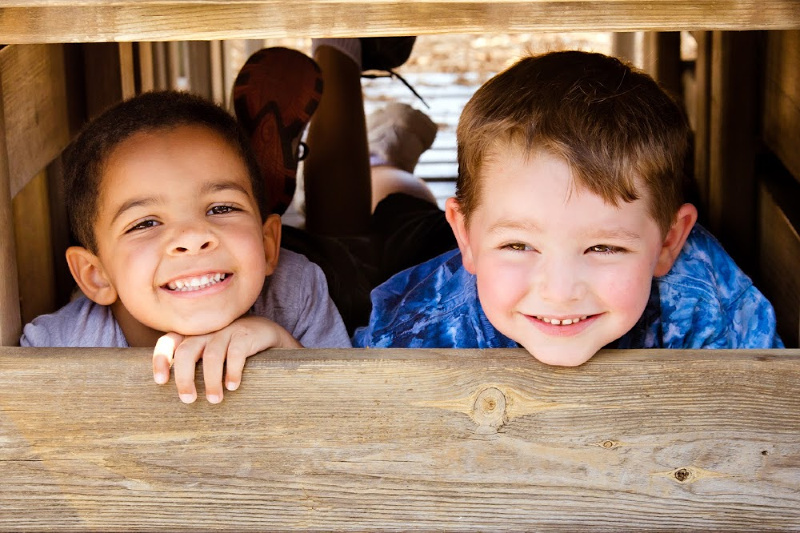 If you’ve done any research on putting your child into preschool, you may have noticed that many preschools require a child to be potty trained.

Sometimes I wonder if I live in the preschool potty training Mecca or if it’s like this everywhere else. Anywhere I go with little ones around, people are talking about the potty!

It’s all over facebook, the hot conversation in mommy groups, and it seems that almost everyone wants to know how to get their toddler to do it as soon as possible.

I hear about more and more parents with a three-year-old (or just under this) who are desperate to get their child potty trained.

Sometimes they jump on it when their child is even just a year old. Some will go through 10 sets of underwear a day and endure the sound of a timer ringing every 15 minutes.

Should your child be potty trained by three-years-old?

Everyone who is frantic and concerned needs to just take a breath and soak this up: turning three years old is not a rite of passage into potty training magic!

I hear grandparents talking about potty training their kids by some crazy age like nine months old. I just can’t even picture what it would be like to have a child who may not even walk but is proficiently using the potty.

It ranks right up there with potty training your cat! They both sound pretty awesome, but I’ll believe it when I see it.

I am a veteran preschool teacher, and for years I thought I knew when children needed to be potty trained. But after cleaning up accidents day in and day out, I realized I had it all wrong.

The Truth about Potty Training

The honest truth is that there is no magic age to this potty training madness. I get it — I’ve had to get over the disappointment too. It took me 10 years and copious amounts of time in the bathroom to realize the true complexity of this milestone.

On occasion, I would find a child who I helped master the potty by 20 months. It put me in this fantasyland where I thought I could just sprinkle “magic pixie potty dust” over all these children, and hooray — here is a class of instantaneously potty trained children.

Then after living in pools of urine, I was slammed back to reality, with frustration, grief, and exhaustion. I had to face the true, hard facts.

These children have been alive for two years, and I am expecting all of them to master a complex mental, physical, physiological, and emotional life skill.

Begging might work when we talk to adults, but a toddler will not just learn physical and mental competencies because I keep repeating myself.

They are just putting simple sentences together and learning how to walk up and down the stairs.

Shouldn’t we be playing in sensory bins and enjoying them say “pasketti,” instead of torturing ourselves in a small cell with the white porcelain bowl?

Dr. Steve Hodges, a pediatric urologist and author of It’s No Accident: Breakthrough Solutions To Your Child’s Wetting, Constipation, Utis, And Other Potty Problems says that we are doing more harm than good to children by trying to force them to potty train before they are ready.

In an article for Babble, he says “Children under age 3 should not manage their own toileting habits any more than they should manage th eir college funds. Preschools that require 3-year-olds to be potty trained – like the one in Virginia that suspended 3-year-old Zoe Rosso for excessive potty accidents – are harming kids.”

After I finished mourning my dream of instantly potty trainable children, I accepted a fact that I tried to push out of my mind for a long time.

Children will come to master potty training through time.

Potty training is not a formula where the process takes 180 days and requires 2 hours of sitting each day until their legs go numb.

I am speaking from experience here, or you are welcome to just try this out with your own set of 500 kiddos.

Children learned how to crawl and to walk, and we did not have to coach them. Many of us were relaxed and excited about the process, and we knew our kids would develop these skills when their bodies were ready.

We reached out our arms in support to help them take their first steps instead of dragging them along, and we sure didn’t have to offer them a pony.

They were motivated within themselves to walk, and when they did, we didn’t have to try and explain what a big deal it was. They just knew, and then they wanted to master it and walk everywhere.

What if potty training was a similar type of process? What if we let the child show us toilet learning readiness and went off their lead? What if we just supported them and were there for encouragement?

A child who is ready to be potty trained will be able to hold their bladder for hours and doesn’t need a 15 minute timer. They will learn from modeling, from their peers, and by being encouraged to go to the bathroom when it biologically makes sense (after waking up, after meals, before bedtime, and before leaving the house for our own sanity).

I’ve tossed in the towel on dragging children through the potty training process. It’s not worth it. Not for me. Not for them.

Now we spend our time enjoying one another, and I have extra moments to just savor by watching them learn and grow.

There is no hype, no forcing, and no more urine pools.

Instead, we have more time to focus on the best moments that toddlers and preschoolers can offer, and I don’t miss a single moment of the potty training battles.

In fact, I’ve said goodbye to them forever.